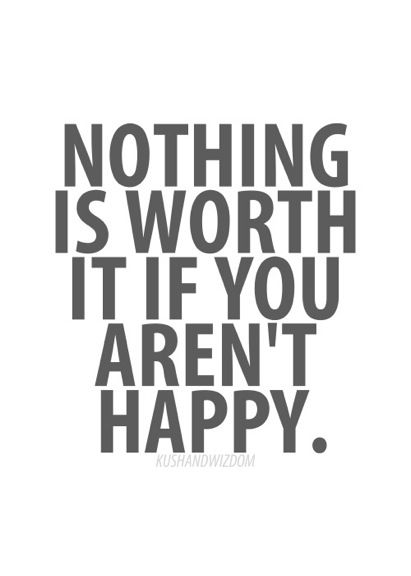 The actual explanation of the saying: "Nothing is Worth It, If You Aren't Happy