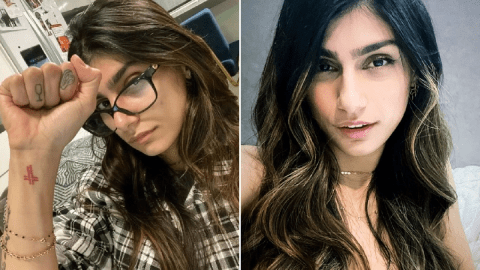 Mia Khalifa is auctioning off her infamous glasses in efforts to raise funds for her hometown of Beirut, with the bidding set to pass $100,000.